An Unholy Purge: Reflections on the Holocaust and Other Acts of Genocide

Home  /  Uncategorized   /   An Unholy Purge: Reflections on the Holocaust and Other Acts of Genocide 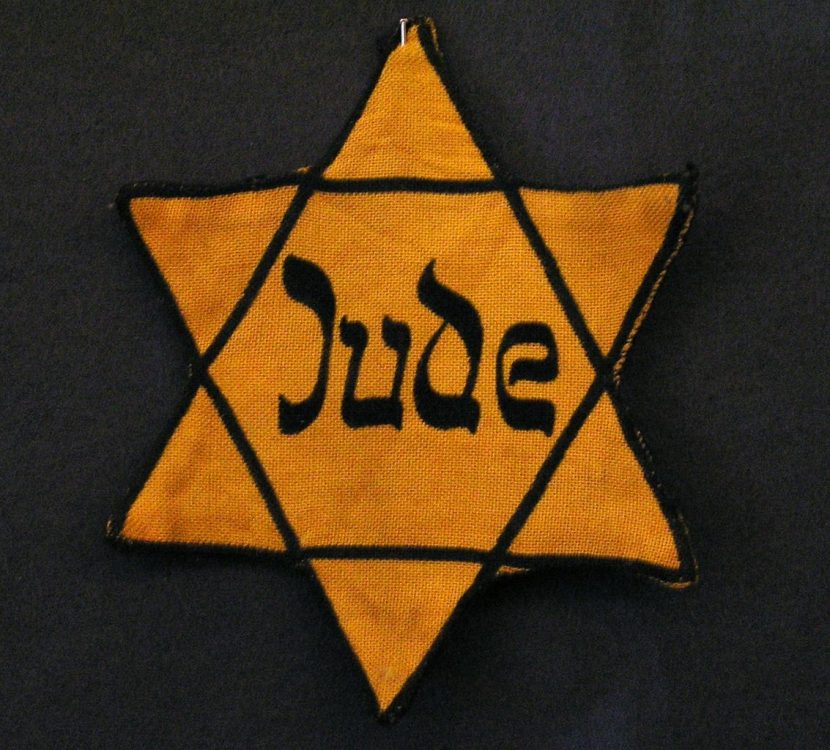 AN UNHOLY PURGE: REFLECTIONS ON THE HOLOCAUST AND OTHER ACTS OF GENOCIDE. This past Monday evening, Saint John’s Jewish community observed Yom Hoshoah — Holocaust Memorial Day— at the Shaarei Zedek Synagogue. The keynote speaker was Dr. Cheryl Fury, a professor of history at the University of New Brunswick, who in 2010 participated in an organized tour of Germany’s and Poland’s concentration camps known as The March of the Living. For Dr. Fury, the impact of the tour was made all the more indelible by the presence of holocaust survivor and educator, Vera Schiff, who accompanied the group, all while recalling her experiences at the Czechoslovakian concentration camp of Theresienstadt. I could well imagine how the overall tone of the pilgrimage — even despite Vera’s dynamic personality — would have been mournful and solemn. But, according to Dr. Fury, the darkest point came, not at Auschwitz or Birkenau, but Majdanek — the last stop on their tour.  Majdanek — a Polish concentration camp located southeast of Warsaw and close to the Ukrainian border — features an imposing memorial that, by its sheer immensity alone, bears dreadful witness to the scale of the holocaust: a gigantic circular mausoleum containing seven tons of human ash. 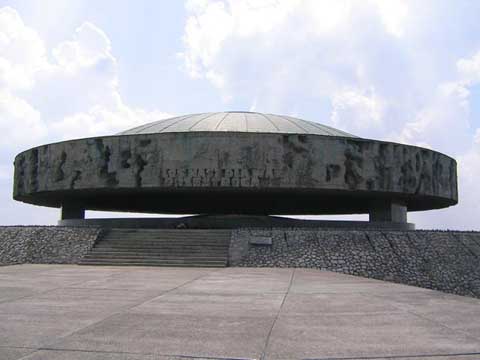 “We had a memorial service there,” Dr. Fury recalled in her talk, “And it was the only time I saw Vera cry. She told us later that her cousins died there. And so, she imagined that they were somewhere in that giant heap of ash.”

As Dr. Fury later implied in her talk, one could spend a lifetime wrestling with the question of how cruelty on such an immense scale is even possible and still, at the end of it all, remain darkly mystified. And yet, despite the seeming impossibility of the endeavour, I believe that we are still compelled to delve into that terrible mystery. For the truth is, Hitler and the Nazis did what they did for a reason — an utterly deplorable reason — but a reason nonetheless. Their perverse ideology had lead them to the unfounded belief that the Jews were the source of Germany’s — indeed, Europe’s — greatest ills and that, if the German race wished truly thrive amidst the nations, they were duty bound to eliminate them.

As I reflect upon this reprehensible mission, I can’t help but be reminded of Jesus’ parable of the weeds and the wheat — a warning of the terrible dangers that arise when human beings, in their hubris, take it upon themselves to rid the world of evil. (Note: I do not want it to be construed, even for a moment, that the Jews are or were a source of evil in the world— at least no more than the rest of humanity. Only that the Nazis, in their deranged worldview, believed them to be so).

“The Kingdom of Heaven may be likened to a man who sowed good seed in his field,” Jesus explains. “While everyone was asleep his enemy came and sowed weeds all through the wheat, and went off. When the crop grew and bore fruit, the weeds appeared as well” (Matthew 13:24-26).  The field, as Jesus later explains, represents the world. The wheat are the “children of the kingdom” (Mt. 13:38) and the weeds are all “all who cause others to sin and evil doers” (Mt. 13:41).

In the parable, the servants of the landowner — having noticed the weeds growing amidst the wheat — have a question for their master: “Do you want us to go and pull them up?” (Mt. 13:28). In other words, “Is it our mission to go out into the world and purge it of all evil?” The response of the landowner is one that, if it had been heeded by the revolutionaries of the modern age, could have spared the lives of countless millions. “No,” the landowner patiently explains, “If you pull up the weeds you might uproot wheat along with them.” (Mt. 13:29). In short, it is not the responsibility of frail and sinful human beings to mete out judgement on such a universal scale. Furthermore, should we seek to enact a kind of judgement whose province is uniquely God’s, the result would not be the creation of a utopia but, rather, the very opposite — the wholesale slaughter of the innocent and the multiplication of the very evil we sought to uproot. That, at least, is what we’ve learned from the history, not only of the holocaust, but of genocide in general.

The problem is this: Instead of heeding the lesson that weeds grow amongst the wheat— that evil is sown in a desultory fashion, indiscriminately amidst the good — we lazily assume that it is localized to one, particular subgroup of the population. We naively think that it can be neatly cordoned off.  “These people — the members of this particular class or creed or race — are the source of all evil. These people are our historical oppressors — the root of all evil in the world. And, if we are to make the world a better place, we are morally bound to deal with them.”

This, alas, is the bloody story of the modern age. “If we can simply cleanse France of all monarchists and counter-revolutionaries,” Robespierre and the Jacobins believed, “then we can create a nation truly grounded upon the trifold foundation of liberty, fraternity and equality.” The result? Tens of thousands of innocent French citizens, betrayed by their neighbours-turned-spies, guillotined in gruesome public spectacles staged in every city square of the nation. “If we could only purge Russia of all the greedy kulaks,” Lenin and Stalin believed, “we can complete the revolution and usher in the communist utopia that Marx prophesied.” The result? The deportation and execution of millions of Russia’s semi-prosperous peasants and the resulting mass starvations that accompanied this disastrous agricultural policy. “If we can just deal with the Jews,” Hitler declared, “and rid them from the face of Europe, then Germany’s glory would be restored.” The result? 6 million men, women and children, packed into cattle cars with cold, industrial efficiency and shipped off to Auschwitz, Buchenwald and Dachau.

Unfortunately, I could go on and on for several more paragraphs, naming one historical example after another of genocidal atrocities committed in the name of ridding the world (or at least a certain nation) of  evil. Indeed, I’m certain that you too could supply examples of your own, completing whatever you find lacking in my already extensive list. The point, however, is this: Despite whatever prejudices we hold, evil is NOT neatly localized within one, easily definable subgroup — whether that be the kulaks, the Jews, the Tutsis, the monarchists, the capitalists, the communists and so on. Evil cannot be neatly partitioned off but is, rather, dispersed throughout humanity as a whole. Indeed, the point can be taken even further than this: As Aleksandr Solzhenitsyn (himself a survivor of the Soviet gulags) once wrote, “The battle line between good and evil runs through the heart of every man.”

So, this week, as we remember the horrors of the holocaust, we ought to also beware. Beware of any pundit or thought leader of any political stripe — right or left, reactionary or revolutionary — who claims to have found the presence of evil, localized entirely within one segment of the population. Beware of anyone or any movement arguing that, in order to create the ideal nation or the just society, this subgroup needs to be somehow dealt with. Rarely if ever will they use a word like “exterminate.” However, once they are emboldened, they may use words like “contain,” “sterilize,” “segregate,” or “breed out.” They will say that such actions are necessary to right historical wrongs or to ensure that, somehow, justice is done. And, should we raise concerns regarding the extreme measures they wish to take, they may remind us of the old dictum: “Revolutions are not made with rosewater.” The Jews who survived the holocaust, however, have a dictum of their own — “Never again.”

← The Failure of Confirmation Class (And what we need to do to make it Work) The Streets Age You: The Correlation Between Poverty and Ill Health →

5 Replies to “An Unholy Purge: Reflections on the Holocaust and Other Acts of Genocide”