Pet Loss, Grieving, and the Church 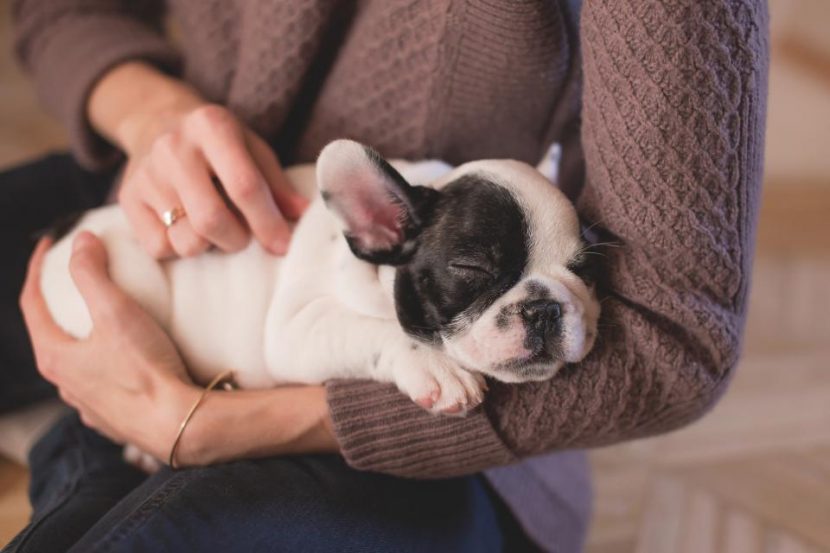 I’ve never been a pet lover. For one thing, like every other member of my birth family, I have a penchant for neatness and order and couldn’t abide a dog, for example, gnawing away at my loafers or shedding hair all over my furniture. More pertinently, though, is an allergy to pet dander— an allergy severe enough to make living with a dog or cat an experience of unmitigated suffering. In fact, when I was in traditional parish ministry, I would prep myself for visits with pet-owning parishioners by taking enough antihistamines to kill an ordinary man (and even then I got itchy eyes and the sniffles).

Be that as it may, I understand the genuine bond that can potentially develop between, say, a man and his beloved Alaskan Husky— a companion who, unlike his human friends, is endlessly forgiving, limitlessly affectionate and a good deal less judgemental. I also understand how the loss this beloved husky— whether by accident, old-age or disease— could be devastating to that owner, yielding a level of grief comparable to the loss of a human friend or family member. In fact, over the course of my ministry, I’ve seen such grief on a number of occasions.

Take Maggie, one of my Southend neighbours, for example. For many years, Maggie was “mum” to Kramer— a labrador retriever so named because, in her words, he “busted through the doors the same way Kramer does on Seinfeld.” Kramer came into Maggie’s care when her now adult sons were still children, shortly after her husband had left her.
“The vet said a lady was giving up a black lab and I couldn’t dial the phone fast enough,” Maggie explained in a recent post on Facebook. “I said I’d take him without even meeting him. …I knew the intelligence, the unconditional support, protection and love that a lab could offer his human siblings.”

And, true to Maggie’s predictions, Kramer was indeed a source of immense comfort to his “human siblings” (that is, Maggie’s sons). For the entire duration of Kramer’s life he would sleep on the same bed as the oldest son— a warm, furry friend to guard and comfort him during his difficult passage through adolescence. When both boys finally grew up and left the home, Kramer remained, filling an otherwise empty nest with his loyal, canine presence. No wonder, then, that Maggie was devastated when Kramer died. For her, the grief is still very real.

“I feel such physical pain,” she continues in her Facebook post. “I feel like the best part of me has left. I cannot stand the silence… I don’t want to ever forget how much I love that dog. I don’t want to be without him and he’s gone.”

Over the course of my twelve years as an ordained priest, I can offer several more examples: The grown man from one of my country parishes who sobbed like a little boy after his mentally unstable neighbour, for some inexplicable reason, shot his German shepherd when it wandered too close to his property. Or the middle-aged woman who— after having endured one loss after another— finally lost her cat, a blow which sent her spiralling off into a grief that lasted for weeks. Needless to say, there are a lot of people out there who are in grief over the loss of a pet. Indeed, you yourself might be one of them. And where there is genuine human need, I believe that there is opportunity for church communities like my own to help.

Several years ago, a friend of mine reached out to me on Facebook. As it turns out, her dog had died—a companion who had kept her and her family company throughout what were some of the most difficult years of her life. Punctuating her message with several awkward apologies, she hesitatingly asked me if I knew of any priests who performed memorial services for animals. Although, at that time, I hadn’t done a single one I did say that my wife and I would be willing to offer our help if she liked. For whatever reason, she never took me up on that offer. However, in the years that have passed since then, I have had occasion to do a couple of pet memorial services.

For the most part, I keep it simple. I sit with the family in their back porch or living room, a framed picture of the animal nearby, perhaps sitting on a coffee table or mantle next to a lit candle. I’ll do a brief reading from the scriptures—perhaps the story of Adam meeting God’s newly created menagerie of beasts, naming them one-by-one and taking responsibility for their care. Or, I’ll do a reading from the New Testament: the Apostle Paul writing in his letter to the Romans about “the groaning of all creation.” Next, I offer a brief reflection on these readings. For the most part, I avoid drawing definitive conclusions about purely speculative issues— the most common and obvious being, “Is my dog in heaven right now?” If a little girls takes some comfort in the fact that Fluffy is in paradise, I’m not going to take that away from her. Then, and most importantly, I’ll give the family a chance to talk—to share their favourite memories of their animal friends. Based on my observations, grief is rarely localized entirely around the lost pet. Rather, this specific grief is linked to a larger, matrix of grief— the loss of a siblings or parents; of homes or pregnancies; of marriages or careers. To bring such loss out into the open—to expose it to the light of day and the hope of resurrection—can bring tremendous healing. Of course, I’ll end the “service” with a prayer of some sort, often inviting the family— especially the children— to take part.

This past week, I enjoyed a long chat with my neighbour, Maggie, about how we can reach out to folks in our neighbourhood, struggling with the grief of pet-loss. Could we have an online support group? Could we hold some kind of a get together? We haven’t arrived at any definitive plans yet. In the meantime I want my readers to know that I’m still available to meet with families grieving a lost animal friend and would be more than willing to facilitate some kind of memorial service. However, if you still have living pets in your house, you’re going to have to let me know well in advance. It usually takes about an hour for the allergy medication to kick in.

← Praying at the Turner-Brewer Memorial in Saint John’s Rainbow Park. The Democracy of the Dead: Reflections on All Saints Day →

2 Replies to “Pet Loss, Grieving, and the Church”