A Brief History of My Prayer Life (or, How I Learned to Stop Worrying and Love the Prayer Book)

Home  /  Uncategorized   /   A Brief History of My Prayer Life (or, How I Learned to Stop Worrying and Love the Prayer Book) 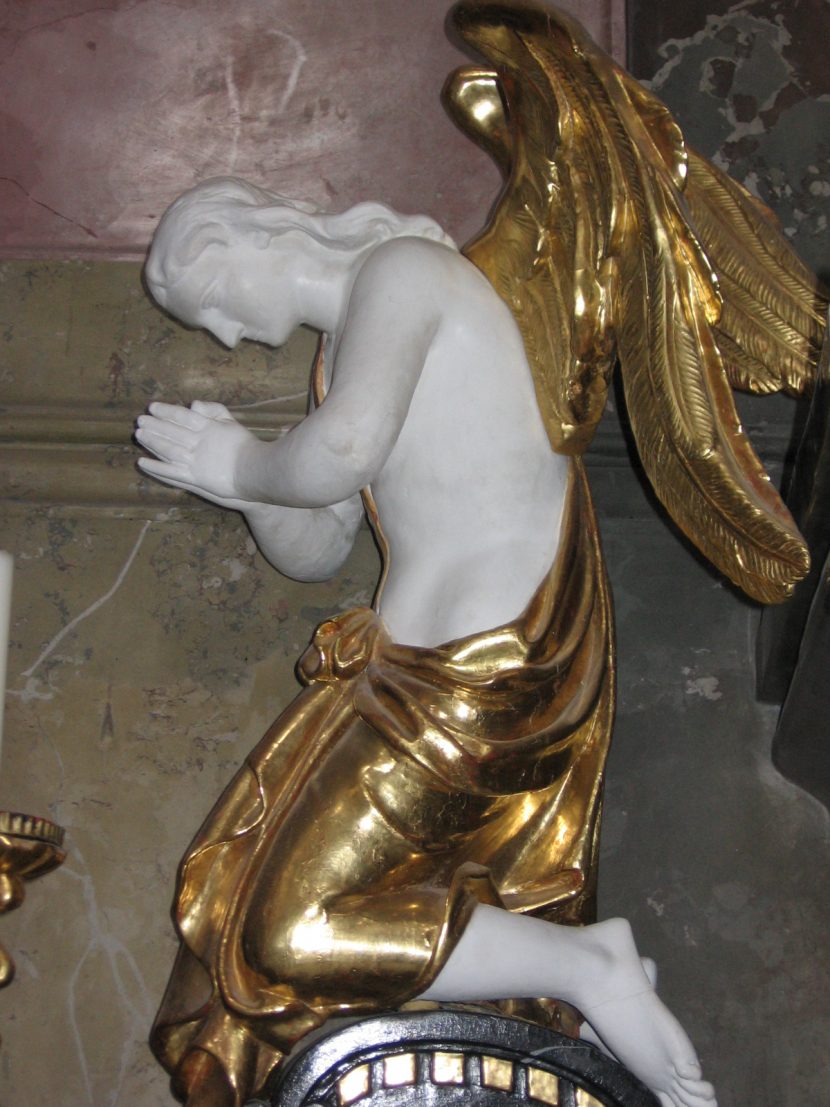 Introverts like me take naturally to prayer. We’re comfortable spending long hours in our own heads, working out our problems using our inner selves as sparring partners. What disposition could possibly be more conducive to prayer— an act which is nothing more than a kind of inner-wrestling with a God who— as well as transcending all being— abides in the depths of our psyche as its very fountain and source?

It was during a moment of prayer, in the autumn following my graduation from high school, that the shallow faith of my childhood and teenage years finally began to blossom into something deep, mature and lasting. If I recall correctly, I went for a long walk one September evening doing what introverts like me do best: reflecting. And, in fact, I had a lot to reflect upon. For one thing, I was eighteen years old, just graduating high school, and unsure what direction my life might ultimately take. For another I had, just a month earlier, come within a hairs breadth of dying— an experience which, for the first time ever, forced me to seriously contemplate the reality of my own mortality.

At first, as I wandered the streets of my neighbourhood, I spoke only to myself of these things, carrying on a kind of internal dialogue. A few minutes later, gradually and quite imperceptibly, I found myself talking to God— speaking to him of my own uncertain future as well as of my own mortality. Although my memory is a bit hazy, there was some point when I intentionally and vocally decided that my life was not my own— that I did not summon myself into being, that I do no sustain that being and that, ultimately, I cannot possibly live that life for myself. Life (mine along with everyone else’s) is a shear gratuity: an unspeakably rich, graciously bestowed gift, flowing from the heart of an infinite benevolence. That night I felt that I was giving that life back to its source. And, upon the moment of this giving-back, I felt it returned to me— only fuller and more complete in the knowledge that it was never truly my own. That night, I realized how valuable prayer could be and (as best as a lazy kid like me could possibly manage) I tried to engage in that practice on a nightly basis.

At first, my prayers took the form described in the above paragraph. They were unscripted, un-liturgical rambling conversations with a God whom I— in my teenage hubris— casually and thoughtlessly presumed to call “friend.” There was no set format, no “order of service.” If I felt particularly good about something in my life, I’d give thanks for it. If I did something particularly mean or brainless, I’d ask for forgiveness. If there was something I was in need of I’d simply put in a request. Looking back on it all, there was a humble, unselfconscious and beautifully irreverent character to my prayer life. I think of Abraham, haggling with the Lord over the few righteous souls who just might be living in the doomed city of Sodom, presumptuously reminding God that he, above all, is required to act justly. I also think of Adam— still unaware of his nakedness before the Divine— walking in innocence with the Lord in the evening cool of the garden.

The problem with my prayer life back then was its erratic nature. Although I tried to pray each evening, I eventually fell into the habit of only praying whenever I felt like it. And, since I rarely felt like it, I rarely prayed. Eventually, I would go through long stretches— sometimes up to a month or more— where I would drop the discipline of prayer entirely. I never felt guilty about this, as if I were doing something sinful or wrong. However, I was aware of being somehow adrift. Back then, I described it as a feeling of having no solid ground to stand upon, nothing firm upon which to fix my life. Eventually, I’d somehow find the discipline to come back to prayer— doing it consistently for several weeks or even months— only to drop it again after a while. This pattern continued well into my third year of studies in seminary.

It was in seminary that I was first introduced to what we Anglicans call “the daily offices,” a set pattern of prayers and canticles from the Book of Common Prayer to be recited twice each day, first in the morning and then in the evening. Both Morning Prayer and Evening Prayer were said daily in our college chapel and all seminarians were required to attend. At first I upheld the requirement simply because I was told I had to. However, by the time second semester rolled around, I gradually learned that people didn’t seem to notice or care whether or not I was present— that, in fact, I could jig chapel with impunity. So I did. The thought of reciting dull prayers in Elizabethan English for half-an-hour simply wasn’t the impetus I needed to get out of the sack at seven in the morning after having spent most of the night studying and writing term papers. So, instead, I continued to pray on my own (albeit erratically) using my own words to grapple with the Infinite.

It wasn’t until my internship, when I began to serve in full-time church ministry, that I discovered what a treasure the daily offices of Morning and Evening Prayer truly are. After being at the job for a few weeks, I quickly realized that I needed a set, daily discipline to lend structure to my day— a discipline to help me mark the time and pace my tasks and activities. Morning Prayer and Evening Prayer served as the perfects bookends to these long, busy, first days of my ministry. At first, I simply adapted the daily offices to my liking— cutting out a canticle and reading here or there to simplify and streamline things. Eventually, however, having developed a true love for the practice, I began to pray the whole thing, from start to finish, twice a day.

This, above all things, solved the problem of my erratic commitment to prayer. Praying the daily offices, first in the morning and then in the evening, became second-nature to me— a habit that was steadily reinforced the more I did it. No longer could I use the old excuse: “I won’t pray today because I haven’t got the words.” Now, I had the words: They were provided for me by the Prayer Book itself— printed on the very pages I held in my hands each day.

For many, the notion of reading or reciting set, pre-written prayers sounds stifling— perhaps even phoney and inauthentic. Why rattle-off a prayer that somebody else wrote when I could, instead, allow the words to flow spontaneously from my own heart? For one thing, the words provided in the daily office are not merely “somebody else’s words.” They are the God-breathed words of scripture— drawn, as they are, from both the Old Testament and the New Testament. Furthermore, they are the words of the church— prayers dating back to as early as the first century A.D.— first written by prophets and martyrs, patriarchs and matriarchs but prayed again-and-again by generations of Christians since then, some canonical saints, others humble servants of Jesus whose simple lives have been ignored by history. By using the words of the Prayerbook, I am not merely “reading prayers” but joining my voice with the vast and mighty chorus of our fellow Christians— some still in the flesh but most now in glory. No, the prayers of the prayer book are not MY words insofar as they have arisen spontaneously from my own head. However, they ARE my words insofar as I am a member of the church— a multi-generational, multi-lingual, transnational body of which I am a living member. These words are mine because they are my heritage.

Don’t get me wrong: I am well aware of the dangers inherent in using set prayers and liturgies in a rigid, lifeless and inflexible manner, without making any room at all for the spontaneous and refreshing movement of God’s Spirit. So, in addition to sticking to the words on the script, I leave ample room for expressions of my own— prayers and thanksgivings that well up from from within, prompted by the stirrings of my own heart. And, as I did when I first began praying, I still wrestle with God— leaving ample space in my prayer time for questioning and searching, begging and ranting, twisting and cajoling. The backbone of my prayer routine, however— the thing that provides my prayer life with its steady, punctuated rhythm— is the use of the daily office: the ancient prayers of scriptures and the timeless words of the church. This prayer routine keeps me fixed and grounded. Through it, I have weathered more than a few personal crises.

So goes the brief history of my prayer life. What about you? Do you pray or mediate daily or is it tough to find the time? What does your spiritual discipline look like? Please leave your comments bellow!

0 Replies to “A Brief History of My Prayer Life (or, How I Learned to Stop Worrying and Love the Prayer Book)”