The Trouble with Martha: Volunteer Burnout in the Church

Home  /  Uncategorized   /   The Trouble with Martha: Volunteer Burnout in the Church 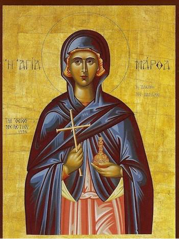 It was at an inner city Toronto soup kitchen on a September evening in 2003 that I first came face-to-face with the reality of volunteer burnout. I was working behind the kitchen counter with a fellow helper named Ken- a middle-aged hospital administrator who had been serving here on a twice weekly basis for as long as the soup kitchen had been run from this location. Before we unlocked the doors to let the “clients” in, he seemed to be in a fine mood, making small talk with me in an easy, amicable tone. There was no indication that he was in any kind of distress. However, as he began to serve our guests, I quickly discerned that all wasn’t well with him.

It began with the little complaints he would mutter- half to me and half to himself- as we stood side by side, ladling the oily beef stew into the row of soup bowls laid out along the counter. He was frustrated with the board of the soup kitchen for not getting the broken dish washer fixed or replaced as they had promised to do weeks ago. He was frustrated with the volunteer coordinator for not managing the pool of helpers as efficiently as he felt she should. Most of all, however, he was frustrated with the clients themselves- some of whom were (in his words) “demanding” and “entitled.”

And he was right. Although most of our guests were gracious and polite- indeed, almost to a fault- some would return to the counter again and again, ordering around the volunteers like we were the paid help. That evening, Ken had little patience with any of the clients- let alone those who fell into that latter category.
“What do you want?” he would snap. “Why are you asking me for napkins? Can’t you see there’s a whole pile of them in the middle of the tables? No, I am not going to give you extra stew- you’ll get what everyone else gets!

As the evening wore on, Ken seemed to grow progressively more embittered and his comments increasingly sharp and caustic. It felt like the already tiny kitchen where we were working was somehow getting smaller and smaller- the emotional tension building to a level that made me quite uncomfortable. And then it happened.

An overweight man somewhere in his early twenties came to the counter for the fourth or fifth time, asking for an extra sandwich. His skin appeared unusually clammy and pallid. His eyes had that languid, hooded look that I’ve noticed in people who are high on narcotics.
“I want another sandwich,” he said in an even tone, holding the edge of the counter for balance.
“No!” Snapped Ken. “I’m not going to get you an extra sandwich! You’ve been up here five times before and, now, I’m cutting you off.”
“ But that isn’t true!” returned the man. “This is only my second time!”
“The hell it is! Now go away!”

At this point, I noticed two things: One, that our friend on the other side of the counter now seemed less stupefied. His eyes had lost some of that drugged sleepiness and his body stood upright into what could be interpreted as a fighting stance. Two, Ken was standing at his full, six-foot-one posture, his hands balled into fists. I was sure that, were it not for the counter separating the two of them, one of them would have thrown the first punch of an epic fight the likes of which this soup kitchen had never seen. But it didn’t. To his credit, Ken didn’t let the situation escalate but, instead, stormed out of the kitchen (but not before spitting out a final insult that I’d rather not reprint in this blog). After that, he was finished. His work at the soup kitchen was over.

The incident just described took place over ten years ago. However, as one who has spent most of his career either serving as a volunteer or coordinating volunteers, I have met countless Kens: exhausted and embittered workers who feel that they just don’t have anything else to give. Indeed, like so many of you, I’ve been there myself: serving in a ministry that I should have stepped away from years ago, but continuing on from a sense of duty or obligation.

But burnout in Christian ministry isn’t a new thing. Take, for example, that familiar story from Luke’s Gospel- the one where Jesus and his disciples visit the home of a woman named Martha and her sister Mary from the Judean village of Bethany. Here, Mary does something rather surprising: Rather than taking on the traditional role of hostess- the role that women of this time were expected to fill- Mary sits at the feet of Jesus with the male disciples, listening to the Rabbi’s teachings. This means, however, that Martha is left on her own to prepare the meal and serve the guests. My five-year-old son’s picture bible features a cartoon depiction of Martha: Her face fixed in an embittered scowl, sweat dripping from her forehead, one hand holding a broom, the other stirring a pot- a woman locked in multi-tasking overdrive. Eventually, the poor woman reaches a kind of breaking point- lashing out at her sister by scolding (believe it or not) Jesus himself: “Lord,” she says, “Do you not care that my sister has left me to do all the work by myself? Tell her to help me!”

Have you ever been in Martha’s position? Have you ever felt like Ken? Are you there right now? If you can say “yes” to three or more of the following conditions, then perhaps you’re on the verge of ministry burnout.

1. You were COMPELLED rather than CALLED to do this ministry: Did Martha genuinely want to serve the Lord and his disciples in this way? Or, did she feel compelled to take on this role of hostess by social custom? I suspect the latter. Perhaps you too have found yourself serving year-after-year in the same frustrating ministry because you were pressured into it. Maybe that pressure was external: Somebody (your pastor, perhaps?) used just the right combination of subtle shaming and ingratiating praise to get you to sign up as a youth leader. Or, maybe that pressure was internal: You feel you need to stick with this ministry to prove something to yourself. One thing’s for sure: You never truly felt that this ministry is something that the Lord himself ever wanted you to do. In short, you have no genuine sense of call.

2. The work is exhausting and gives you no life: With the kind of volunteer work that you do, you never feel that pleasant sense of weariness that comes after having laboured at job that was challenging but, at the same time, deeply fulfilling. Rather, you feel empty and drained, as if none of your efforts, in the end, actually amount to anything. This is probably how Martha felt.

3. You have grown resentful: Like Martha, you’re resentful of the people whom you think ought to be helping you, wondering why they’ve stuck you with all the work. Like Ken, you’re resentful of the people you’re serving- people who seem to be “entitled” and “ungrateful.” You may even, if you’re honest enough with yourself, be resentful of Jesus himself, offering prayers that sound a heck of a lot like Martha’s: “Lord, do you not care that my sister (or brother, or pastor, or fellow volunteer) has left me to do all of the work by myself?”

4. The tasks involved with your role have become more important to you than the people you are serving and, indeed, the Lord himself. It could be that, at the beginning of the evening, Martha began serving food out of a genuine love for Jesus and his friends. However, she eventually becomes “distracted by her many tasks.” Perhaps the same is true for you. You’ve lost sight of the very people your ministry was created to benefit. Indeed, you’ve lost sight of Jesus himself. The greater purpose of your volunteer work (perhaps what Jesus means by “the better part”) has been eclipsed by the details: making sure the event flows smoothly, making sure the paper work is submitted correctly, making sure that there’s no mess in the kitchen afterward. Nothing else matters.

My heart goes out to Martha of Bethany. I see her in so many good friends that I’ve served with over the course of my ten years in ordained ministry. Indeed, I see her spirit at work in my very own heart- driving me and pushing me to do things that I think count as ministry but, actually, have nothing to do with Jesus. I want to tell Martha that she doesn’t have to do all this stuff- that I can get my own figs and olives, thank you. I want to fix her a drink and invite her to sit down.

Are you Martha? If so, then maybe its time to graciously step aside from whatever volunteer work is driving you insane and, instead, take the time and space you need to renew your bond with Christ. Don’t let it get to the point where, like Martha, you find yourself scolding Jesus over his inability to manage his disciples. Don’t let it get to the point where, like Ken, you’re on the verge of punching a homeless man in the face. Instead, step down, choose the better part and take a seat next to Mary. She’s saved a spot for you- indeed, the very best one- closest to the feet of Jesus.

0 Replies to “The Trouble with Martha: Volunteer Burnout in the Church”